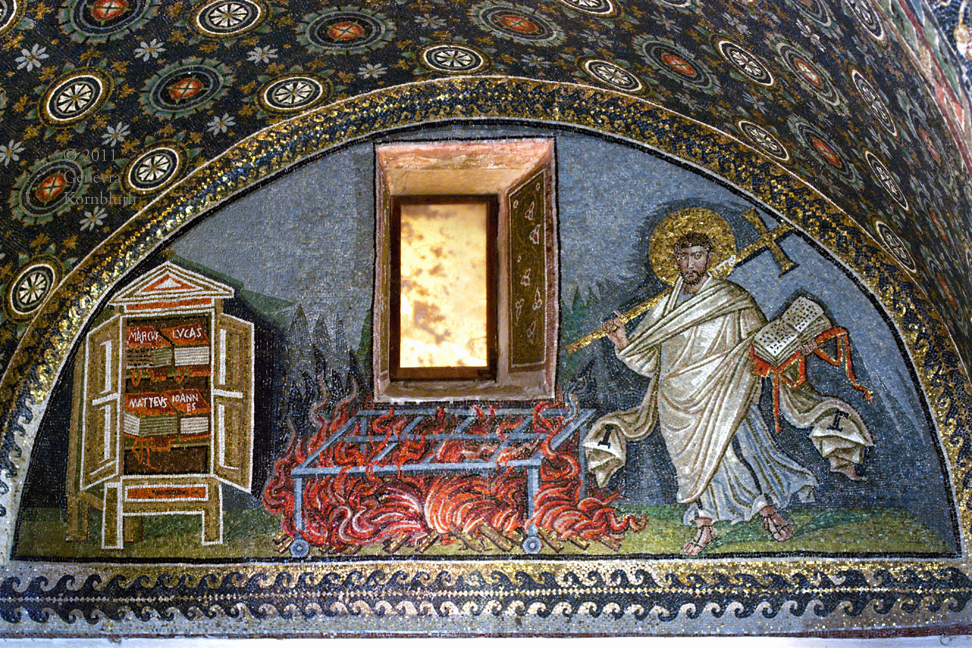 Today we commemorate the faith and life of St Lawrence of Rome, who was martyred on August 10, 258 AD.

By tradition, St Lawrence was sentenced at San Lorenzo in Miranda, imprisoned in San Lorenzo in Fonte, and martyred at San Lorenzo in Panisperna. The Almanac of Philocalus for the year 354 mentions that he was buried in the Via Tiburtina in the Catacomb of Cyriaca by Hippolytus and Justin the Confessor, a presbyter. One of the early sources for the martyrdom was the description by Aurelius Prudentius Clemens in his Peristephanon, Hymn II.

Early in the third century AD, Lawrence, most likely born in Spain, made his way to Rome. There he was appointed chief of the seven deacons and was given the responsibility to manage Church property and finances. The emperor at the time, who thought the Church had valuable things worth confiscating, ordered Lawrence to produce the “treasures of the church.” As the one charged with the responsibility for the material goods of the Church and the distribution of alms to the poor, St Ambrose of Milan relates, that when Lawrence was asked for the treasures of the Church, he brought forward the poor who had been touched by Christian charity, among whom he had divided the treasure as alms. Lawrence reportedly said, “Behold in these poor persons the treasures which I promised to show you; to which I will add pearls and precious stones, those widows and consecrated virgins, which are the church’s crown.” The prefect was so angry that he had a great gridiron prepared, with coals beneath it, and had Lawrence’s body placed on it to roast (hence St Lawrence’s association with the gridiron). After the martyr had suffered the pain for a long time, the legend concludes, he made his famous cheerful remark, “I’m well done. Turn me over!” From this derives his patronage of cooks and chefs.

His death left a deep mark on the young Church. Almost immediately, the date of his death, August 10, became a permanent fixture on the early commemorative calendar of the Church.

Let us pray: Almighty God, You called Lawrence to be a deacon in Your Church to serve Your saints with deeds of love and charity, and You gave him the crown of martyrdom. Give us the same charity of heart that we may fulfill Your love by defending and supporting the poor, that by loving them we may love You with all our hearts; through Jesus Christ, your Son our Lord, who lives and reigns with You and the Holy Spirit, one God, now and forever. Amen.